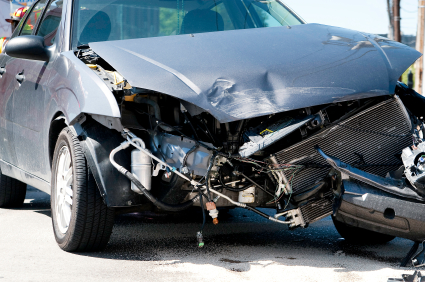 New Mexico has seen the rate of drunk driving arrests decrease significantly, but the amount of fatal traffic accidents is on the rise. One of the main reasons for this is the amount of increased commuter traffic on the state’s roads that has taken place over a short period of time.

Many drivers work long hours, then travel home in the late evening or early morning. They often become drowsy behind the wheel, which alters their judgement on the road and can cause them to make harmful mistakes. The largest group of motorists that fall under this category are commercial truck drivers. The following can help you understand truck accident lawsuits in New Mexico if you have been involved in one of these dangerous crashes.

It can seem difficult to establish a personal injury lawsuit in the state of New Mexico based on another’s negligence. A commercial truck accident victim or their family must prove without a shadow of doubt that the other party caused the accident. The breach of responsibility must be the sole reason for the injuries sustained in the accident. Too often, individuals injured in commercial truck accidents believe the insurance claim process is quite similar to a passenger vehicle accident. However, the main difference is that the procedure is on a larger scale and most likely will go to court to gain a final judgement.

Most commercial truck accident lawsuits require the person who was injured in the crash to submit evidence that shows the other driver’s actions caused their pain and suffering. Every driver should abide by all of the traffic laws during their travels and respect others’ safety. The plaintiff must show that the commercial truck driver violated their duty of care to have a case.

Research has shown that a majority of commercial truck accidents occur late in the evening, when most truckers are suffering from driving fatigue. Other negligent actions by commercial truck drivers include sending text messages or talking on their cell phones. If the truck driver was using their phone, the attorney can argue that they weren’t properly trained by their employer. This type of defense must show some form of negligence on the employer’s part in order to stand up in court.

Commercial truck accidents can be devastating for all involved, especially when they result in serious and life-threatening injuries. Negligence is the hardest type of personal injury lawsuit to pursue against a major trucking company, which makes the situation even more stressful. Commercial truck accidents are complicated compared to passenger vehicle accidents because the majority of cases involve several different defendants within one company. To increase the chances of victory inside a courtroom, it is best to hire an experienced personal injury lawyer to represent you in the case.

In New Mexico, all semi-trucks are required to have a “black box” inside the cab, which contains important information about the vehicle, like speed and fuel consumption. Often, the data provided by the box is deleted after a period of time, so it is important to gather the information as soon as possible. An experienced lawyer is able to handle this step and help you with the entire personal injury lawsuit process.

If you have been in a Truck Accident in New Mexico, Texas, or Oklahoma, contact Attorney Dean Boyd. Even if you are not located in Texas, Dean Boyd and his team have the experience and knowledge to fight for your rights. We have won jury verdicts for our clients as high as 8.9 million dollars, obtained multi-million dollars settlements, and received awards including the Texas Lawyer Top Verdicts and Settlements.