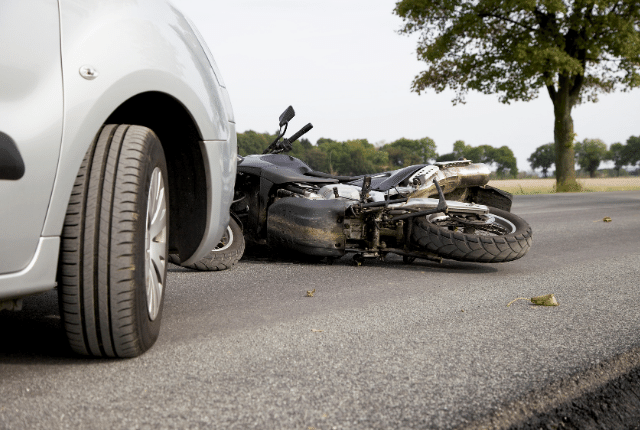 According to a National Highway Traffic Safety Administration (NHTSA) report, more than 5,000 motorcyclists die in motor vehicle accidents each year. This data also presents several other concerning statistics that cover the 8,715,204 motorcycles that are registered in the United States.

Many motorcycle crashes occur due to driver inattention. Here are some common causes of motorcycle accidents due to the negligence of other drivers:

Texting has emerged as one of the biggest threats to any driver. Even voice-operated text messaging services can be distracting.

People that are driving faster have a greater chance of crashing into other vehicles, such as motorcycles.

Drunk drivers typically do not focus on operating their motor vehicles. This can lead to potentially life-threatening rear and head-on collisions.

Motorcyclists are especially vulnerable to rear-end accidents that often are caused by tailgating. This is a common problem during rush hour.

Some drivers will even fail to yield to a motorcyclist, resulting in a collision.

Single-vehicle motorcycle accidents occur for several reasons. Despite the perception of motorcyclists as renegade drivers that throw caution to the wind, there are several other reasons why motor vehicle accidents involve just the driver of a motorcycle.

How to avoid motorcycle accidents

Motorcyclists can prevent accidents on the road by following a few proven safety tips. The lack of safety measures like an airbag and a seat belt should make learning how to avoid accidents a top priority for motorcyclists.

Avoid getting distracted while on the road. Paying close attention can help you avoid a collision.

Never drive a motorcycle under the influence of any type of drug or alcohol. The risk of crashing is increased significantly if driving has been impaired.

It’s one thing to give an impaired person a ride home in your car, but on a motorcycle, it’s dangerous. The best solution would be to arrange a ride home for them via Uber or Lyft.

If you feel yourself falling asleep while driving, it’s best to pull over and rest at a nearby stop. You don’t want to fall asleep or lose focus while on the road.

Keep yourself safe by giving other drivers plenty of space. Even if they are being aggressive, it’s best to stay on the defense when it comes to driving.

Attorney Dean Boyd is an experienced attorney that has successfully handled motorcycle accident claims. Whether you were involved in an accident with another driver or you suffer from injuries that resulted from a single-vehicle crash, we are here to help you seek just compensation. You can reach us at (806) 242-3333 or send us an email to learn more about our Services. You can also visit us in person at 4423 SW 45th Ave in Amarillo, Texas or 10623 Quaker Ave #102 in Lubbock, Texas.